As 2017 begins, we are looking forward to new beginnings, new ways of thinking and new approaches to medicines discovery.

2016 was an eventful year across the globe, and changes in the political landscape will undoubtedly affect the biopharma industry, creating an atmosphere of inevitable uncertainty.

On the bright side, though, investment in Life Sciences remains a top priority for UK government.  In the Autumn Statement, Chancellor Philip Hammond announced an additional £2 billion per year for R&D, Innovation and Technology by 2020, which will help the UK to retain its place as a world leader in science and innovation post-Brexit.

The Chancellor also reiterated three important promises: £100 million to extend and enhance the Biomedical Catalyst; £100 million to help universities to collaborate with businesses, and a review of R&D tax credits to ensure the UK’s global competitiveness.

In addition, the announcement last month of the £1 billion Syncona fund set up by investment trust BACIT in association with the Wellcome Trust and Cancer Research has been welcomed by the industry as a valuable platform for long-term investment in Life Sciences.

The need for investment and innovation has never been greater.  As well as playing a significant role in strengthening the economy, a healthy Life Sciences sector is essential so that we can discover and prove the new medicines that are needed so urgently.

Many common medicines are less effective than is popularly assumed.  In his 2011 book The Risks of Prescription Drugs Professor Donald Light says that studies over 40 years have shown that ‘most new drugs offer few clinical advantages over existing ones … 85% offer no advantage and may put patients at greater risk’.

Antibiotic resistance may become the biggest challenge of our era, and is set to cost the global economy $100 trillion in the next 50 years unless the world addresses the issue soon, according to the UN.  An agreement at G20 on re-entry incentives will spark a renaissance in long term funding, and the influx of money from the US (via their CARB-X initiative triaged through the UK’s Antimicrobial Research Centre) will be a major step forward in 2017, but we remain weak in this area, with less than 2,000 experts worldwide.

To address this gap we will be announcing details of an AMR initiative this month which will be our first major project.

Many other disease areas are also in critical need of new solutions.

Worldwide, diseases such as these and many others affect millions of people, and yet there is no cure, despite significant investment in research.  Patient charities, with their excellent leadership and research focus, have identified unmet need in these areas, and now industry requires additional capability and assets to bring products to market.

We are building a new model for discovery: disease-based Syndicates, with patient research groups as the cornerstone, looking past the one-gene, one target, one medicine approach of old to focus on a collaborative, distributed discovery model.

We will focus on disease hubs and portfolios of disease targets to attack problems more holistically, working with biotech and academic groups and encouraging new technology, IP and approaches.

We will build a National Centre of Excellence at Alderley Park, Cheshire, that will bring together scientific expertise and capital assets. We will create an integrated, collaborative medicines discovery informatics platform to capture, analyse and secure data and we will work with regulators to develop a ‘fast to patient’ approach.

This year and beyond will undoubtedly bring challenges, but by generating a community of Syndicates we will be well placed to meet them with new ideas, new techniques – and eventually new medicines.  We look forward to working with you in 2017. 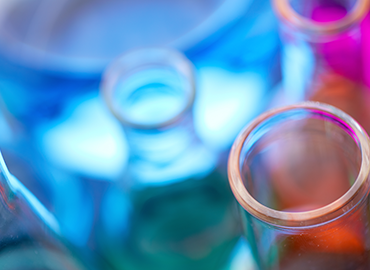 How can ligand-based methodologies and #AI improve phenotypic-based #drugdiscovery projects? Join @johnpoverington along with 2 other experts as they share their experience in the application of new computational strategies for phenotypic assays > http://ow.ly/EZZJ50C5Nh8

We work on identifying grants and other funding sources to accelerate you #drugdiscovery projects - we can help bring your game-changing, innovative and disruptive ideas towards commercialisation.

We can help sources #biosamples for your Medicines Research and Development > http://ow.ly/VaUm50C5NLt