XenoGesis is a pre-clinical CRO based in Nottingham, UK who offers experimental in vitro and in vivo DMPK/ADME studies, bioanalysis and pharmacology, alongside physiologically based PK modelling,  human PK and dose prediction. This talk focused on four key areas where mistakes are often made:

What is the point of optimising in vitro clearance (CLint)?

Intrinsic clearance is not always seen as a method worth optimising for many reasons. Often a poor correlation is seen between CLint vs in vivo clearance and as a result the assay is not always used.

Basic science can be applied to improve the correlations on a plot, the well-stirred model can be applied, correcting everything to unbound CLint and for plasma protein binding. If this reveals any outliers with significant under or over prediction, these can then be further investigated.

A standard hepatocyte assay which measures loss of compound due to metabolism can be utilised. However, total CLint occurring in vivo should account for the different elimination parameters–hepatic metabolism, hepatic uptake, and renal clearance.

A standard hepatic uptake assay and an assay which measures loss from the media alone for drugs such as statins, can be much more predictive of elimination.

Assays at XenoGesis are optimised to give the maximal CLint and more accurate correlations with in vivo data than data given in literature.

In order to measure the free drug concentration, you need to be able to measure the amount of drug bound non-specifically to plasma. Plasma protein binding cannot be optimised, it just needs to be known.

PPB measurements are important to translate the in vitro to in vivo data for the IVIVE and should be compared across species. Measurements of PPB should be taken in the same species of animals as PK/efficacy and tox. data as differences can be significant.

Bioavailability – the key to the developability of a drug

Bioavailability measurements are used to determine the extent and rate at which the compound, when delivered orally is absorbed and the fraction which enters the systemic circulation.  Metabolism and absorption contribute to bioavailabilty, so ideally you are looking to develop a compound which is readily absorbed with low hepatic clearance. Formulation strategies focus on increasing the fraction that is absorbed. Formulations are not able to modulate the amount of drug which is metabolised by the liver. As this is an intrinsic characteristic of the drug, it is essential that hepatic clearance is measured allowing compounds that have a high intrinsic clearance rate, which results in an inadequate drug exposure level, to be removed prior to the selection of a candidate drug.

Influence of DMPK on drug discovery

Drug metabolism and pharmacokinetics (DMPK) is an integrated process and issues should be identified and addressed early in the drug discovery process. Assessment should include an assessment of the structure, bioavailability, prediction of human PK and dose, and assessment of the drug-drug interaction risk. With a robust dataset, the influence of DMPK should extend through to Phase IIa clinical trials. This way, the asset is prepared for due diligence by large pharmaceutical /partnering companies and divestment opportunities.

This article is based on Richard’s talk from the MDC Connects webinar series. Watch the session Richard took part in –Optimising the Compound: 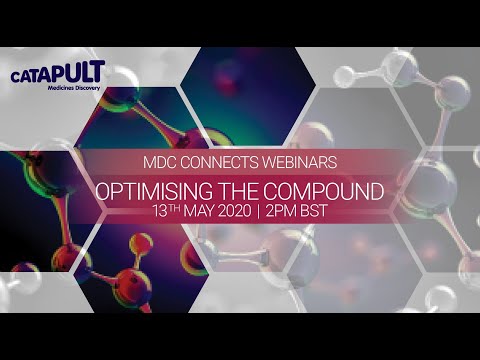 Richard set up the business in 2011, when he spotted a gap and opportunity in the market. XenoGesis now works with over 200 companies and Universities across the globe and has provided experimental data, advice and PK predictions on eight compounds that are now in the clinic.

The business has grown from three to nearly 40 employees in over nine years. In 2018, Richard led the move into state-of-the-art laboratories and offices at BioCity’s Discovery Building to provide the platform for future growth.

Richard gained a first-class honours degree in chemistry with awards for the best performance in every year, followed by a medicinal chemistry PhD with a Wellcome Trust scholarship at the University of Leicester and two subsequent postdoctoral positions at the Welsh School of Pharmacy. In 1997, Richard joined Astra Charnwood within Discovery DMPK, and progressed to Group and Project Leader at AstraZeneca.

How can ligand-based methodologies and #AI improve phenotypic-based #drugdiscovery projects? Join @johnpoverington along with 2 other experts as they share their experience in the application of new computational strategies for phenotypic assays > http://ow.ly/EZZJ50C5Nh8

We work on identifying grants and other funding sources to accelerate you #drugdiscovery projects - we can help bring your game-changing, innovative and disruptive ideas towards commercialisation.

We can help sources #biosamples for your Medicines Research and Development > http://ow.ly/VaUm50C5NLt